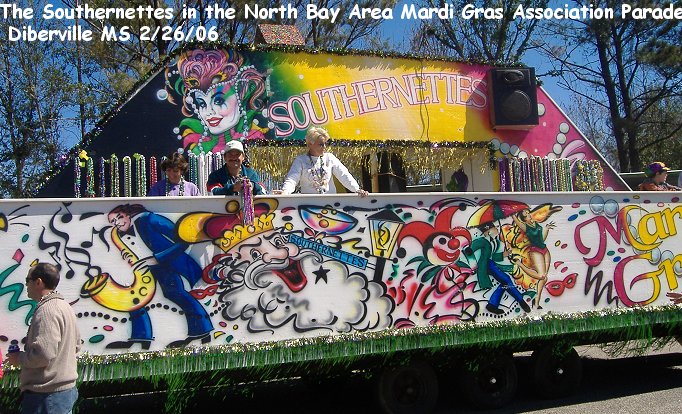 Looking for the parade schedule?

The History of Mardi Gras–
It didn’t begin in New Orleans, It didn’t even begin in the United States, what you find out may very well surprise you.

It’s Official in the 16th Century–
Mardi Gras become an official Holiday to Christians in 1582 when Pope Gregory XIII sanctioned it and placed it on the 12 month Gregorian Calendar we use today. He placed He placed it on Fat Tuesday, the Day before Ash Wednesday which begins lent a time to fast and pray.
Prior to the Popes making it official there were still celebrations, mainly by the nobles and by invitation only which began with the Feast of Epiphany on January 6, which is also known as the 12th night ( as in the 12 days of Christmas) marking the end of the Christmas Holiday Season.
From 1582 forward Mardi Gras has remained between Epiphany and Fat Tuesday, even if some of the religious foundation may have been built upon by various cultures and religions.

Welcome to America ?
French explorer Iberville is credited with bringing Mardi Gras to the Americas in 1699, when he sailed in the Gulf of Mexico and launched an expedition he landed at a point approximately 60 miles south of where New Orleans is today and named this site Point du Mardi Gras. The tradition of festivities celebrated in France since the middle ages now were introduced to the Americas. They were mainly unorganized and unruly. Through out the 1700’s Mardi Gras celebrations and masked events were tradition, until Louisiana fell under Spanish Rule and the custom was banned. Laws banning masked events stayed in place even in the early 1800’s when the United States governed , but in 1823 the government was swayed by the strong Creole population to legalize masked balls and then in 1827 masked festivals and Mardi Gras sprang back to life in the streets. The Parades officially begin in 1838. Over the next 2 decades it became so unruly, and undesirable to many that Mardi Gras almost became outlawed again, a dangerous time for all sorts of crimes, drunkenness and violence. Churches and concerned citizens alike began calling for an end to Mardi Gras.

Cow bells and rakes? Saving Mardi Gras and forming Krewes-
In another Gulf State, Alabama, it’s reported that around 1830, some 8 years before New Orleans Mardi Gras parades were legalized, the first Krewe, was formed. It’s said that a group of young men including a Michael Kraft, had possibly over celebrated during a New Years Eve gathering. While walking thru the streets they passed a store with rakes and cow bells on display. They gathered up the items and marched to the Mayors house calling for a Mardi Gras celebration. The Mayor suggested the organize themselves and the event and open it to the community. The group sobered up, grasp the suggestion, named themselves “ Rakin Cowbellion de Society”, paraded the following New Year’s Eve in 1831. The event was so successful that the procession became an annual event.

COMOS is born to save New Olreans-
By 1856 New Orleans and it’s people had enough. City leaders were on the verge of calling an end to the madness. 6 former “Cowbellions” from Alabama now resided in the “Big Easy” came together and made a plan. The formed the idea of a Private Club, a themed festival including decorated floats, costumed riders and torch carriers to light the way. City leaders agreed that this was an orderly alternative to the rampant depravity that Carnival had become. They formed their private club, and chose the name “COMOS” the Greek god of Revelry and coined the term “krewe” for the club. In 1857 the “ Krewe of Comos “ hosted the first organized Mardi Gras in New Orleans. City Officials site Comos as saving New Orleans Marid Gras.

New Krewes join in-
13 years later, around 1870, after the Civil War a second Krewe made it’s debut. They named themselves the Twelfth Night Revelers and chose Jan 6, ( the 12th night) to present their parade and ball. They are responsible for the introduction of a tradition still recognized today. A Mardi Gras Queen, via the selection of the Queen by presenting ladies with a King Cake with a small golden bean inside. The lucky lady finding the bean becomes the Queen. ( click here for King Cake history and ordering info)The Revelers no longer host a parade. The Revelers ball and their traditional streetcar , “ Phunny Phorty Phellows” mark the official start of the season for Mardi Gras in New Orleans to this day.
In 1872- A Royal visit brings about the birth of New Krewes and new traditions. Grand Duke Alexis Romanoff of Russia plans to visit the city to see a performance by Miss Lydia Thompson. It is rumored that the Duke had received a “private performance” by Miss Thompson in New York where she sang a ballad “If Ever I Ccease to Love” . Prominat City leaders and citizens decided to create a new Krewe, complete with a Royal Court, including a King and Queen. They named their group, “School of Design” and their Kings name would be REX, ( Latin for King). Rex declared the official colors of Mardi Gras to be Purple, standing for justice, GOLD standing for power and GREEN representing faith. An official viewing stand was created for the Duke, and as he watched REX was perched high atop a riverboat, then leading a group of a reported 10,000 masked revilers more than a mile long past the Duke. Several bands were in this group and they all played the song, “If Ever I Cease to Love” . Even over 135 years later Rex is still the King of Carnival in New Orleans, The song is still the official song and the colors remain fast in tradition today.

The Nights of MOMOS, was founded in 1873, taking it’s name from one of ESOPs fables, and making it’s debut on New Years Eve.

The Krewe of PROTEUS, was founded in 1882, with an Egyptian themed ball and parade.

1890 the first Marching Krewe, “The Jefferson City Buzzards” was formed and began participating.

In 1894, The Original Illinois Club was the first black Mardi Gras Association.

1896, the first all female Krewe was born, Les Mysterieuses.
In 1909, Zulu was born, it is the oldest parading African-American krewe. The Zulu Social Aid and Pleasure Club, which first took to the streets in 1909. As a parody of REX, King Zulu rode in on an Oyster Lugar instead of a steam boat. The group dressed its king in a sack and a crown fashioned from a lard can. A banana stalk was his scepter. ZULU fast became a crowd favorite and remains so today. They introduced the gilded coconuts (painted gold and decorated with glitter) are one of the season’s most prized throws but outlawed now in many parades due to public safety risks. ( Getting hit in the head with a coconut from a float can lead to an abrupt halt in your Mardi Gras plan).

Moving into the 1900’s a boom in Mardi Gras-
Biloxi Mississippi was the first City in Mississippi to host an official Mardi Gras parade in 1908 with 17 floats, 150 torch carriers their Monarchs were King d’Iberville and Queen Ixolib, ( Biloxi spelled backwards) In 1916 a group organized in Biloxi Mississippi, named themselves the Biloxi Literary and Carnival Association, which became the Gulf Coast Carnival Association chartered in 1946 and still participating and hosting parades today. In 1929 other coast cities joined in the tradition and started forming their own Krewes and hosting parades and balls.

With the advent of Automobiles and popularity in motorized vehicles the parades became larger, although still physically taxing, the truck pulled floats made the parades more appealing to the masses in all coastal states.

ROYAL RECOGNITION-
In 1950 the Duke and Duchess of Winchester visited New Orleans during Mardi Gras. The attended the COMOS ball and actually bowed to the Krewe Royalty, giving our Mardi Gras royalty recognition.

In the 1960s the Krewe of Bacchus was born, with celebrity royalty, gigantic floats and national recognition in media.

When has Mardi Gras been cancelled ?-
It does NOT get cancelled for rain or weather, absolutely not. Entire cities from New Orleans to Mobile Alabama, shut down government offices and banks and schools. Roads and blocked from travel except by emergency vehicles, and people even camp out as early as 2 days to secure a “good spot”.
Timeline-
It started in the Americas in the late 1600’s.
Once Louisiana fell under Spanish rule in 1762, It was illegal even when it came under United States Rule in 1803, up until 1823 when it was again legalized. Just because it was illegal doesn’t mean it didn’t’ happen.
-It was cancelled in 1818 and 1819 due to the bloody civil war.
-Thru the 1920’s and 1930’s the laws of prohibition and the Great Depression took it’s toll but the parades still rolled.
-In 1942 it was cancelled during the war.
-In 1979 a police strike in New Orleans, caused 13 New Orleans parades to be cancelled but it still took place in other cities.
-In 2002, the terror of 9/11/2001 still loomed, but the parades rolled with armed soldiers in the streets and helicopters in the air.
-In 2006, the horrible devastation and complete destruction of Hurricane Katrina from August 2005, left hundreds of thousand homeless, business gone, and an economy crippled, Yet the people of the coastal states vow to upholding the tradition.